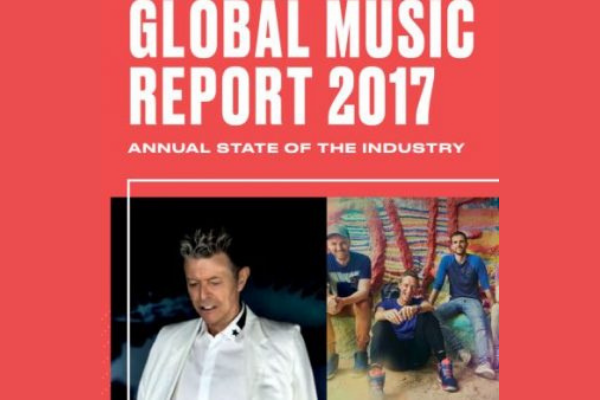 The global recorded music market grew by 5.9% in 2016, the highest rate since IFPI began tracking the market in 1997, according to the IFPI Global Music Report 2017, released today.  Total revenues for 2016 were US$15.7 billion.

At the end of 2016 there were 112 million users of paid music streaming subscriptions driving year-on-year streaming revenue growth of 60.4%. Digital income last year accounted for half the global recorded music industry’s annual revenue for the first time. Growth in streaming more than offset a 20.5% decline in downloads and a 7.6% decline in physical revenue.

Record companies have fuelled this revenue growth through ongoing investment, not only in artists, but also in the systems supporting digital platforms, which has allowed for the licensing of over 40 million tracks across hundreds of services.

The industry is now working towards a return to sustainable growth following a 15-year period during which revenues dropped by nearly 40%. Success requires resolution of the market distortion known as the ‘value gap’ – the growing mismatch between the value that user upload services, such as YouTube, extract from music and the revenue returned to those who create and invest in music.

Frances Moore, chief executive, IFPI, commented: “The industry’s growth follows years of investment and innovation by music companies in an effort to drive a robust and dynamic digital music market.

“Music’s potential is limitless, but for this growth to become sustainable –  for investment in artists to be maintained and for the market to continue to evolve and develop – more must be done to safeguard the value of music and to reward creativity.

“The whole music community is uniting in its effort to campaign for a legislative fix to the value gap and we are calling on policymakers to do this.  For music to thrive in a digital world, there must be a fair digital marketplace.”

The global industry is also continuing to work to tackle the illegal distribution of music that undermines the recovering legitimate market. IFPI and its national groups identified 19.2 million URLs as hosting infringing content in 2016 and issued 339 million requests to Google requiring it to ‘delist’ infringing sites.

The value gap describes the growing mismatch between the value that user upload services, such as YouTube, extract from music, and the revenue returned to those who are creating and investing in music. The value gap is the biggest threat to the future sustainability of the music industry.

User upload video streaming services, benefitting from the misapplication of ‘safe harbours’, comprise the world’s largest on-demand music audience, conservatively estimated at more than 900 million users. The revenue returning to rights holders through these services in 2016 amounted to US$553 million. By contrast, a much smaller user base of 212 million users of audio subscription services (both paid and ad-supported), that have negotiated licences on fair terms, contributed more than US$3.9 billion.

The European Commission has identified the value gap as a market distortion that needs a legislative fix and has proposed draft legislation that is currently being considered by the European Parliament and Council of Ministers.